What at first glimpse seems to be a rather crude processing technology that produces mass market foods, is growing in the UK and seems to be attracting attention. 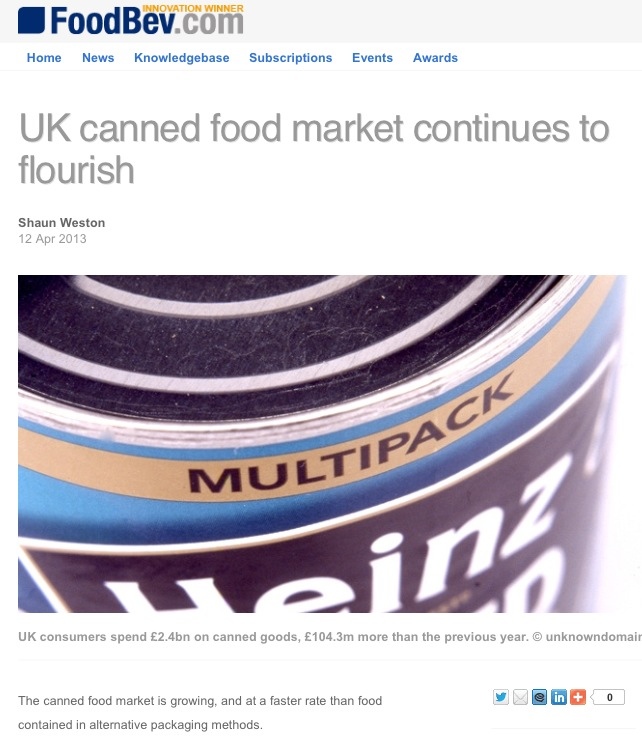 At first glimpse it also appears to be an energy intensive process, but it needs to be compared to the energy input along the whole value chain and over time. I also needs to be seen as a cooking process, a preservation technique and as food packaging.

Some time ago I did a Google Plus post on a recent study that claimed the nutrition provided by canned beans was cheaper than that fom dried beans. I noted that this seemed unlikely and undertook to follow up on it. I contacted the author and received the paper on which the report was based. The reason was clear, in calculating the cost of nutrition from dried beans the cost of preparation time was included. This is the correct approach but the time calculated for dried beans was not just for the preparation and cooking, but included the hours that the beans were soaked in water. Canned obviously beans did not have such a cost included and the total cost worked out to be lower than the dried beans.

This just shows how careful one needs to be in these kinds of evaluations. Other issues that could be important when convenience, considering canned foods is the low cost of storage, the long shelflike and the reduced in home cooking needs. On the negative side the high cost of packaging and the limitations on the products that can be offered through canning.